This morning I woke with a start.  My eyes flew open and I was suddenly, keenly aware that I’ve completely failed my children.  I’ll spare you the details but I’m realizing, too late, that I’ve forgotten to teach my kids a few very important things.  They’ve grown up to be good creatures in spite of it; they are bright people and will likely learn these things as they go.  But the teaching–the initial teaching–was my responsibility. And so the failure is mine as well.

The problem with parenting is that by the time you finally figure out how to do it, you’re already done.  It’s been said that the only way to learn how to do something is by actually doing it–like surfing or golfing or playing the piano.  It follows, then, that you will at first do it badly. (My early blog posts are proof of this.) (And most of my later ones, who am I kidding?)

This is great news for the beginning painter or writer, because it means that as long as you’re willing to practice, the only thing at stake is your pride.  So you learned to write a blog by drafting wordy and sentimental posts about Christmastime and your kids’ birthdays? Who cares? You may have looked dumb to your readers, but it’s not like you ruined anyone’s life. (I’m not speaking from experience here which means that yes of course I am.)

Parenting is a different story; we fear that we can ruin lives with our amateur efforts.  After eight years, I finally figured out how to conquer the Terrible Twos–just as my youngest was starting kindergarten.  (Hint: you conquer the Terrible Twos by not having a two-year old anymore.) Same with the elementary, middle-school, and teen years; I had to feel my way through them before I could see where I was supposed to go. Problem was, by the time I got there, the kids were off to another phase and I had to start learning–and failing–all over again.  And this wasn’t a water-color; my years of mistakes couldn’t be seen as harmless dabbling, torn off the sketchpad and crumpled in the trash. My years of mistakes were etched on my kids’ psyches.  Their psyches, I tell you!  Those vague and terrifying blobs that keep every mother up at night and wake her panicked in the morning.  How do we get a second chance on a psyche? Our kids are grown and walking out the door before we can step on the porch with our hard-earned bag of secrets, calling after them “Wait! I know what to do now!”  They don’t wait.

There has to be some justice in this.  Or at least some mercy. If we have to turn in our rough draft as the final copy, then Someone must have known it would be flawed.  So when (not if) failure arrives, all we can really do is make peace with it. Because in some ways–even important ways–every one of us parents is going to meet failure.  We may as well shake hands and introduce ourselves right now.

I heard a quote recently that helped me sort out some of this:

“Success isn’t the absence of failure, but going from failure to failure without any loss of enthusiasm.”

This has been attributed to Lincoln or Churchill or somebody else fantabulous, but whoever said it, I like it.  I’ve always been told that failure will eventually breed success but according to this, failure may just breed more failure, and the real success is that we care enough to keep trying.  I sigh with relief here.  Because sometimes my dogged parenting failures don’t yield any success at all; they just point me to new and more creative ways to fail.  But maybe success really is just keeping your head up and your heart strong while you fail and fail and then know that you’re probably going to fail again.  Bearing that kind of weight isn’t something for the weak.  It isn’t something for losers.

And so whatever parenting mistakes I’ve made, whatever virtues I haven’t exemplified, whatever teaching moments I’ve missed, I will say this:  I tried really hard. I gave it my best. I parented with all my heart and I tried to keep my head up.  When I failed, I failed with enthusiasm.  I was never excited about my failures, but I was always excited about my children.  I lost my way and may have even lost my will (see child #3) but I never lost my hope.  I never stopped caring about what I was doing. 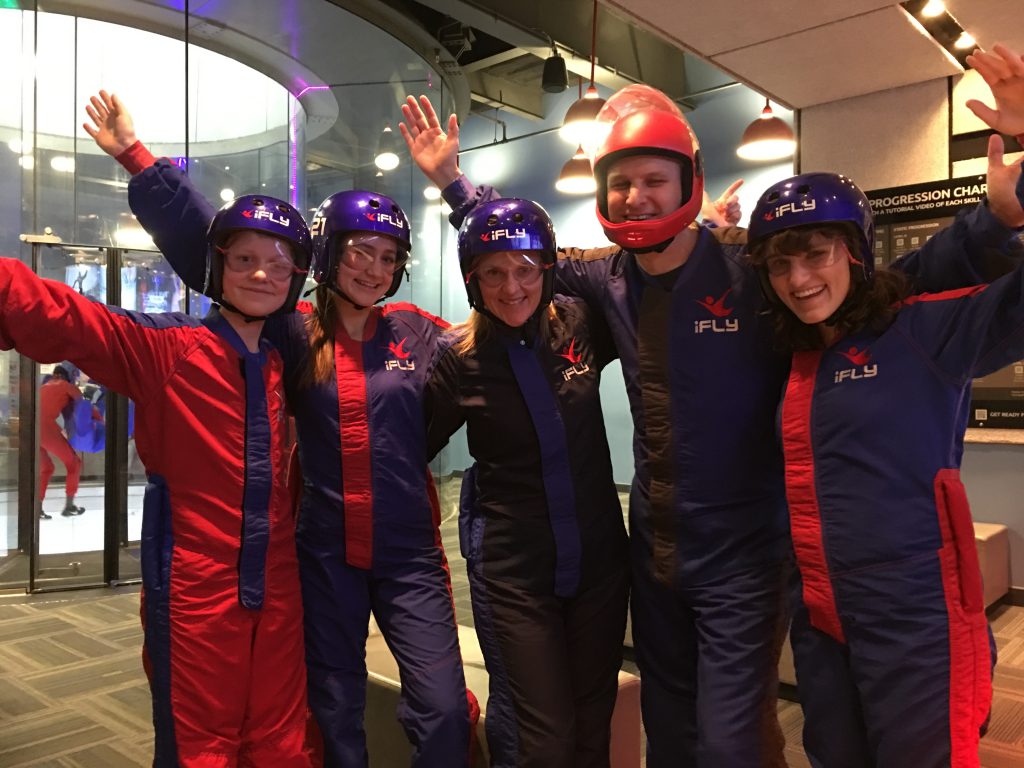 Parenting is like trying to create a masterpiece with fingerpaints.  It isn’t pretty, but it’s what we’re given.  Some parents (like me) will take longer to graduate to brushes than others but I think that’s okay, as long as I’m excited about the project.  I see the potential and I’m trying new colors and patterns every day. I’m going from yellow to red to green to blue with all kinds of energy and excitement. I’m going from failure to failure with enthusiasm.  And someday my children will, I hope, see not the messy painting but the joy with which I’ve painted it.  And this will give them permission to fail with joy themselves. Because one day they’ll be parenting with fingerpaints, too. And I want them to have fun while they’re at it.