This summer, like everyone else on the planet, I succumbed to the hysteria and read The Fault in Our Stars.  I laughed, I cried, I was moved.  I really liked this book–except when I hated it.  I know hate is a strong word and good people aren’t supposed to use it, but look:  it’s a lot more fun to write about what I hate than to write about what I deeply dislike.  You get me. 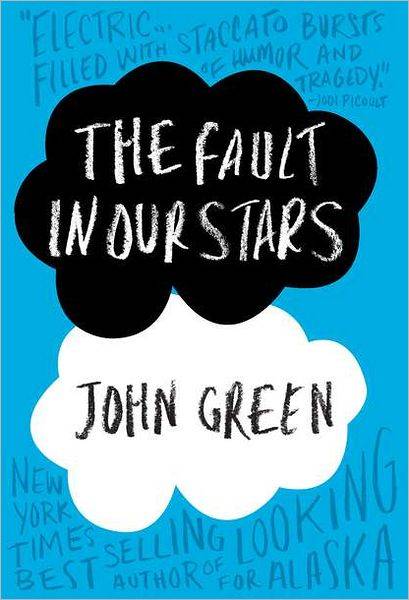 So, here is what I hated (ooh, that’s a rush!)  about The Fault in Our Stars:

I hated the subtle but powerful message that 1)  teen sex is okay (no, commendable!) as long as you’re In Love, 2) being In Love and Having Cancer makes it extra-okay, and 3) Being In Love, Having Cancer, and being Smart/Witty/Just Generally Cool makes it extrasuper okay.  Subtract the witty dialogue, subtract the heartwrenching illnesses, subtract the dire circumstances, and you still have teen sex, and it’s still wrong.  And I hate that now this same message has been plastered on the big screen.  I realize that teen sex is so common in the media that we barely bat an eye anymore, but maybe that’s the problem.  Maybe we need to get a little more indignant when it’s served up like popcorn to our already hormone-soaked children.

In the author’s defense, he is writing for a teen audience, and most teenagers actually see themselves as this insightful and articulate—they just can’t, um, articulate how, like, articulate they are.  And so August and Hazel give their adolescent audience a voice (i.e., that’s what I was gonna say!)  And while the advanced dialogue is entertaining, it’s a too-common thread, too frequently woven, in the cultural cloth that blurs child- and adulthood.  (See Problem #1.)

This irked me because Augustus and Hazel are portrayed as the ultimate I.Q. studs, and so their ignorance of all things religious is conspicuous and, in my opinion, unrealistic.  I’ve always noticed that thoughtful people (like Hazel and Gus) tend to think about the larger questions of existence, which leads them to at least contend with the concept of religion.  But popular culture has written a narrative in which intellectualism (put a big fat “psuedo” in front of that) and religious belief cannot coexist.  And Green’s story strictly follows that narrative; these poor souls were zooming toward death’s door without an iota of interest in what might lie behind it.  Regardless of one’s family culture, it seems like the questions would have come up.

It would have been splendidly refreshing to see our heroes, at their life’s end, wrestle with religion, or even the vaguer notion of “faith.”  Even if they concluded a disbelief, chewing on the possibility would have lent authenticity to their plight; it’s what most people facing death do.  But alas, in this book, nothing.  Sad.  And so predictable.

And now for the fun part of my post, ’cause this is what I loved about The Fault in Our Stars:

And though I scathed some of the messages in this book, I loved some of the others, like how love as a youth can be as real and meaningful as love as an adult.  I believe that.  (But it still doesn’t justify Problem #1.)  I also loved the message that a girl with tubes in her nose can still be beautiful to the boy who loves her.  We need more of that.

Conclusion:  The Fault in Our Stars is just one more twisted, emotionally confusing puzzle in a long line of puzzles that my brain will have to sort out while while I’m doing laundry.

I really liked “The Fault in Our Stars”–except when I hated it.