Today my darling sister, bless her darling heart, sent me a link to Narrative Magazine‘s Fall Story Contest.  She’d received an email advertising the annual contest and thought I might be interested.

Interested?  Um, yes.  And flattered.  To send me such a link, I figured my (smarter and more competent) older sister must see me as somewhat qualified to enter.  And as you well know by now, I’m not above having my itchy ego scratched now and then.

My eager fingers clicked on the link and hovered over the keyboard, poised to shift from clicking to typing, anxious to launch the construction of what would surely be Narrative‘s Next Big Thing.  Okay, so I’d never actually heard of Narrative Magazine (stay-at-home-mom + small town + small bladder = I don’t get out much) but that wasn’t going to stop me from winning Whatever Contest they were running.  So what if I never enter contests and had absolutely no idea how to begin? I’d just had a long chat with some fellow moms about the importance of optimism and thus decided that my sister’s email was a serendipitous sign that I should write something—anything—and win, well, everything.  Or at least win something.  (Anything.)

Scrolling down the magazine’s home page, however, my bright-eyed anticipation quickly gave way to a sinking resignation.  A few clicks informed me that Previous Contest Winners included those who had been awarded the Pushcart Prize, the Atlantic Prize and, yes, the Pulitzer Prize.  Reading the individual bios was no less disheartening:  “Graduated with an MFA from Harvard,” “Finalist for the National Book Award,” and “Won the Nobel Prize in Literature” were among the honors shared by members of this publication’s exclusive contributors.  I stared blankly at the smudged screen, covered with Cheeto-flavored fingerprints (my son) and yellow post-it notes yelling “write something today!” (me.)  So much for optimism. Behind that screen lay the world of Real Writers, and out of respect for the order of the universe (and my own dignity) I should not, and would not, attempt entry.

We can talk about goal setting and positive thinking and “Outliers” all day long, but the truth is, there are some things that most of us will never achieve.  I’d put “winning the Nobel Prize for Literature”–along with tasting Olympic gold and performing at Carnegie Hall–pretty high up on that list.  Sorry friend, but it’s probably not gonna happen for either of us.  And though I’m pretty comfortable with the fact that I won’t be winning a Nobel (I had to come to terms with it at some point), reading that vast list of Other People’s vast accomplishments was a bit daunting.  Such brilliant people out there, doing such brilliant things.  So brilliant, in fact, that I hadn’t even heard of most of them.  And they were certainly never, ever going to hear of me.

So I sat back in my chair and let my mind wander.  Why, I wondered, knowing even our fiercest efforts will make but a slight dent on the world’s crust, do we continue to make them?  Whether it’s writing or painting or guitar playing or cake decorating, most of us will never meet Charlie Rose or see the inside of a Food Network studio.  Most of us, in fact, are kindasorta doomed to mediocrity from the start.  (No offense, Mediocrity.  You’ve been a loyal friend.)  So why do we do it?  Why do we put in the hours and dollars and brain pain necessary to get good at something, when we most likely will never get great at it? 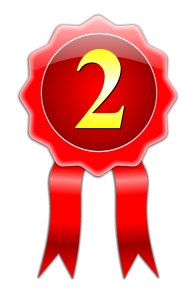 I was still asking this question at bedtime when, as usual, the answer showed up in a book I was reading.  I’ve been reading a novel (see next post for deets) about a man who enlists in the Civil War as a chaplain with noble aspirations of saving bodies and souls.  Just a few months later, however, his ideology crumbles as he realizes he has not only failed to help but has in fact hurt many of those he set out to serve.  Lying in his hospital bed bemoaning the tragic, unintended outcomes of his actions, his wife tells him this:

“You are not God.  You do not determine outcomes.  The outcome is not the point.”

“The point is the effort.  That you, believing what you believed…acted upon it.  To believe, to act, and to have events confound you—I grant you, that is hard to bear.  But to believe, and not to act, or to act in a way that every fiber of your soul held was wrong—how can you not see?  That is what would have been reprehensible.”

This hit me hard.  The outcome is not the point.

My life’s work and your life’s work are a bit less dramatic than this poor hero’s, but the truth still holds.  The outcome—for him, for me, for you—is not the point.

The Nobel Prize and the Food Network and the recording contract are not the point.  Those are outcomes.

The word grinding and the kitchen mess and the strum, strum, strumming—day in and day out, when we don’t feel like it and no one else is watching—are the point.  The point is the effort.

The outcome is not the point. The point is the effort.

That’s why we aim to excel when we know we probably won’t and we choose to compete when we know we’ll probably lose.  Because it feels so good to try.  Trying—especially trying hard—feels infinitely better than not trying at all.  Mediocrity may be a foregone conclusion, but we can have a lot of fun getting there.

Striving to achieve is like taking a deep breath before sailing off the high dive.  You may land in an ugly belly flop, but the three seconds leading up to it were glorious—full of vulnerability and hope and courage, the best that’s within us.  And it’s our effort that allows us to exercise those traits.  The outcome merely allows us to reflect on them.

So if you’re embarrassed about starting tennis lessons or taking a sculpting class or learning Mandarin because, well, you’re not really an athlete and you majored in accounting and you’ve never seen China and probably never will, I say:  go for it.  I say:  try.  Not because you will be great at it (though you may be), but because you will become great by trying.  Your vulnerability and hope and courage will flex their muscles as you do, and they will become stronger.  And so will you.

And as for me?  Well, I’m quite confident my name will soon be appearing on Narrative Magazine‘s impressive Contests page.  Perhaps not beneath the heading that says Winners, but certainly beneath the one that says Tried.

I’ll meet you there.

So Halloween night, after the big church party and chili cookoff was over (I didn’t place, oKAY?), after the last trick-or-treater left and my own trick-or-treaters were finally asleep,  after the magic and the mystique and the makeup had worn thin, I closed my front door, took a deep breath, and decided to forego cleaning up my cluttered house and instead honor the remainder of this holiday by—naturally—watching Evita on Netflix.  Because next to garlic and a crucifix,  Antonio Banderas’ muscle-bound tango has got to be the most efficient (and delicious) way to stave off evil spirits.

With tired legs but the happy mother-heart that comes only with the end of Halloween, I plopped on the couch and asked my husband to join me.  He agreed, and was surprisingly accommodating when I suggested Evita.  Five minutes into the show, I looked over and understood why:  he was dead asleep on the couch, snoring softly to the march of a million Argentines shouting “Peron!”  It turned out to be a win-win, however, as the absence of his awareness allowed me full access—and unbridled devotion—to Antonio.

I should have been Latina.

I am blond (ish.)  I am fiery (high strung.)  I am definitely female.  And I am perfectly willing to throw myself in the wifebeater-ed arms of one sinewy, glistening Antonio Banderas.  Add to these the fact that I

and you see that, somewhere long ago and far away, a mix-up occurred and my Great Latin Spirit, trembling with excitement to enter a balmy bronzed body and cha-cha my way into this thing called Life, was somehow channeled into the long, quiet line on the other side of the room, over which hung a plain white wooden sign bearing, in reticent script, what was offered me instead:  DANISH.

I am Danish, through and through.  My mother’s family is Danish, my father’s family is Danish and dangit if, instead of marrying a Latin lovah to give my kids’ complexion a fighting chance, I didn’t marry a man who’s one hundred percent Swedish (i.e., Danish + IKEA.)  Stock up on the sunscreen, people.  No golden glow in this house.

Now just so we’re clear and my great-grandparents don’t get mad at me: I have nothing against my Danish heritage.  I mean, we do have fair skin, fair hair, and tinned butter cookies.  It’s just that, well, that seems to be all we have.  Oh wait—I forgot about the wooden shoes.  We do have wooden shoes.  Or is that Holland?  (I get all those cold countries mixed up.  Yellow braids, wooden shoes, lederhosen–it all lands somewhere in that general region north of wherever.)  And of course we also have minimalist decorating, clam chowder, and lots and lots of cyclists.

It’s not that Danish culture is so bad.  It’s that Latin culture is so good.  And before you go accusing me of ingratitude to my forebears who left their fisheries and braved the icy Atlantic to give me a better life, answer these questions and answer them truthfully.  Then judge me if you will.

Would you rather have:

And speaking of dance shoes:  At your daughter’s wedding, do you want this…

I rest my case.