I turned seven the week after my family moved from Caldwell, Idaho to Kennewick, Washington.  Mom, steering a Buick loaded with toys, clothes and kids, followed Dad as he drove the U-haul across three hundred desert miles that seemed a thousand exotic ones to my dreamy-eyed self.  Our destination met, I remember sitting in a new living room–cozy and bright with it’s gold brocade couch and wall-to-wall carpeting–and peeling confetti-colored wrapping paper off a large square gift that revealed itself to be, indeed, the record player of my dreams.  Candy apple red with a pinstriped case, the magnificent piece of equipment was shiny, brand new, and all mine–three things that didn’t come easily to young members of my large and happy family.

Splendid as the record player was, my parents managed to top it by next presenting me an LP called Grover Sings the Blues.  My sisters and I spent the rest of that summer singing along with our furry friend (Grover-On-Demand, anytime we wanted!) until the afternoon a teenaged neighbor brought over her shiny 45 bearing the title track for Endless Love.  I knew it was a glamorous movie my parents had banned, but more than that I did not know–which is why its lead song became the most achingly romantic strain to ever grace my tender ears.  We knew each verse by heart, whispering them alongside Diana Ross’s vibrato to keep from breaking the spell she cast across our linoleumed kitchen floor.  Exploring dance routines of various methods, we settled on ballet as the form that captured Endless Love best.  We twirled, we swayed, we plie-ed, we fell in love–if not with an actual boy, with the heavenly promise of meeting one someday.  Of course, what I really fell in love with that summer was growing up.  Growing up, and growing up in Kennewick.

I would live out my childhood in this friendly little town–the next twelve years–before spending the twelve years after that spreading (what I imagined were) my wild wings across the wild west.  I would live in Idaho, Utah, Oregon and Arizona, unsure of where I would eventually stay, only to return to my roots when the mother ship called me home.  And as if living to the tick of some regulated cosmic clock, I would spend the twelve years after that raising my children in the place that raised me.

Then and now, my time in Kennewick has been good, and happy.  But in a few weeks it will be over.  Adulthood requires me to move again, and I’ll begin another love affair with another phase of life.  I predict that it, too, will be good and happy.  But it won’t be the same. 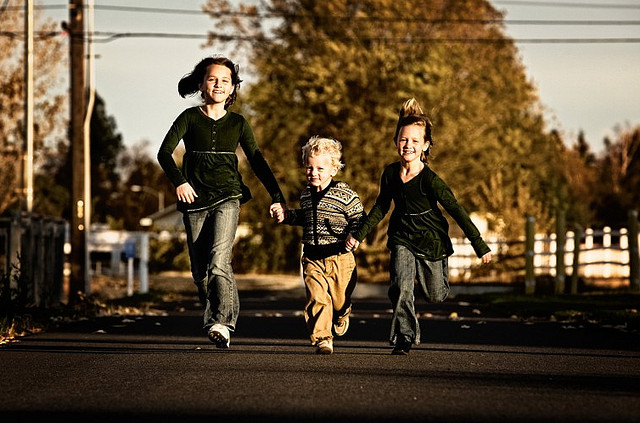 This last week, as I packed up old scrapbooks and pulled framed pictures off dusty walls, a quote from an old movie threaded my thoughts:  I lead a small life.  Valuable, but small.

I lead a small life. Valuable, but small.

The entirety of My Great Life Adventure can be condensed in an underwhelming chronicle of new babies in old apartments, new houses in an old town.  When I flip through the volume from start to finish, there is little to dazzle or impress.  I cannot claim to have lived large, but I have tried to live largely: change and growth appear in that account, learning and aging, judgment and forgiveness.  Anger and gratitude, hope and regret, elation and frustration–all of these Big Emotions make an appearance in the little span of my life.  And their ferocity makes me wonder:  does it really matter where, on the map, we experience them?

I don’t think it does.  If it did, meaning would be reserved for the lucky few who land in the right spot.  I think the point is to land in a spot and make it right, allowing that tide of human emotion to wash over us with all the good and bad that it brings.

And so I close this life’s chapter soaking wet, drenched in the joys and the pains that have engulfed me in these valuable years of my small, small life.  I have wrapped them and packed them and labeled them (fragile:  handle with care) and now stack them in boxes under the stairs.  I push them deep against the low wall, take one last look at the neat rows, and close the door behind me, surprised that they fit into such a small space.  To me, it’s been huge.