I apologize in advance for the travelogue; I know it’s the kiss of death for a blog that tries so fiercely to be hip.  (I said tries.)  But I have to break momentarily from talking about my hair and husband and just tell you guys:  Washington D.C. was fab-u-lous.  Better, even, than I thought it would be.  Although I’d been looking forward to this adventure with my 14-year old daughter for two years, I think I’d half-expected a stodgy, bookish week somewhat akin to a school field trip; you know, the kind of vacation that’s mostly fun because you can come home and check it off your list.  But to my happy surprise, we had true, tremendous fun while we were there; it was inspirational and educational and funny and loud and entertaining and superdupercool.  I think, in all my low-expectation planning, I’d forgotten to factor in the biggest variable:  it was a trip to D.C. with these two It Girls.  How could it be anything but a part-ay? 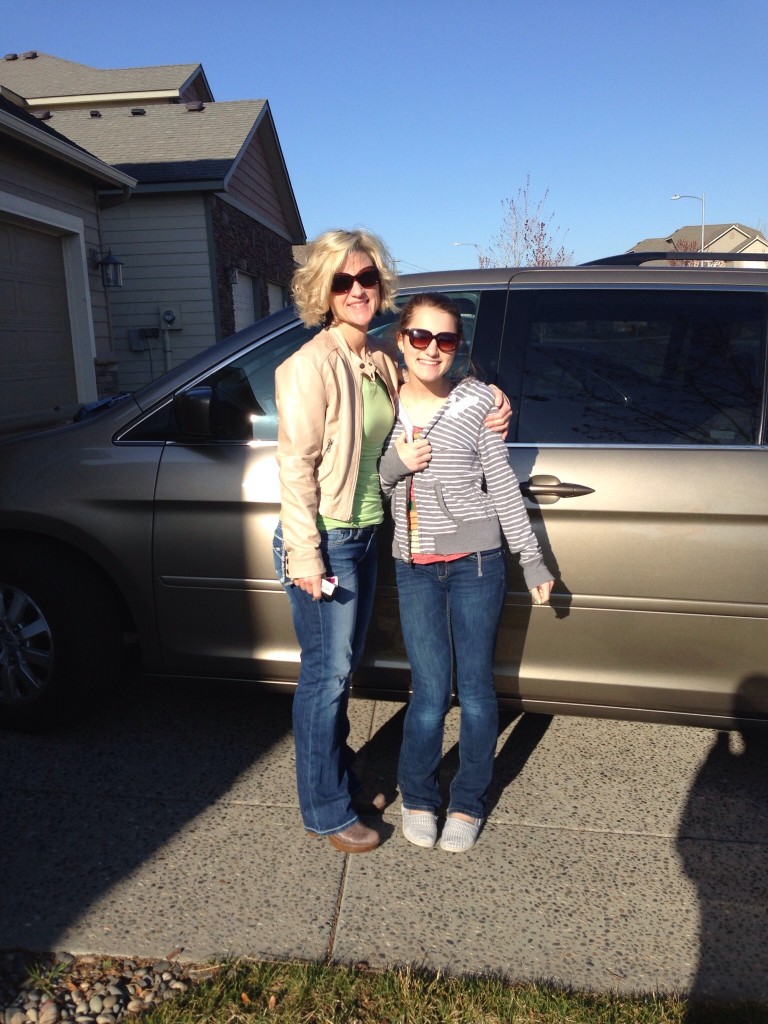 Leaving our humble Western roots–and minivan–behind. (I didn’t think that gold beauty would get the respect it deserves in Urbanville.)

Now, you know I hate to brag, but I gotta tell you that this trip was, in a myriad of ways, simply serendipitous.  I don’t know how or why, but the stars just aligned for us.  It all started on Day One.

You’ve heard how the White House Tours have been cancelled due to the sequester, right?  Well, on our first morning out we were walking in front of the White House, studying our tour map and minding our own beeswax, barely paying attention to Obama’s abode since we knew that seeing it firsthand was no longer an option.  Strolling by, however, we did notice a ginormous line on the sidewalk out front.  We asked someone what was going on, and they told us it was the day of the White House’s Annual “Easter Egg Roll.”  Apparently this is a huge deal every year on the Monday after Easter and nearly impossible to get into; you have to enter a massive online lottery and hope for the best.  In fact, just that morning at breakfast a woman with her young son told me they’d come from Michegan for the big event, finally winning tickets after years of trying, and then only because she had a relative in the Secret Service.  (I wish I had a relative in the Secret Service.  Wait.  Maybe I do.)  From our spot on the crowded sidewalk, I looked at the masses of people waiting in line and felt enormous relief not to be one of them.  I was just sharing this sentiment with my daughter when a cute young mom behind a stroller called out in my direction.

“Excuse me, ma’am?”  I realized she was talking to me.  I sauntered over to her and saw that this cute young mom had a cute young baby in the stroller, and a cute young grandma by her side.  (They were a cute, cute family.)

“We have two extra tickets–our friends couldn’t make it–would you guys like them?”  She held the tickets out to me, apparently at no cost.

Now, I know I’d just told Rache how happy I was not to be standing in line for this event, but I also saw this as an opportunity to introduce my young daughter to a strict philosophy that has served me well in life:  WHEN SOMETHING’S FREE, YOU TAKE IT AND RUN.  So, with a great deal of class, I said (yelled), “Are you kidding?  YES!  Gimme!”  (I may have omitted that last word, but believe me, it rang loudly in my mind.)

We hopped into line behind the cute young family and chatted happily with them for an hour and a half before we were admitted to the party.  Crossing the proverbial threshold and floating onto the emerald green of the White House lawn, we saw a dazzling array of booths, games, egg hunts and, of course, a large stage boasting Disney channel superstars.  (Heard of Coco Jones, anyone?  Yeah, me neither.  But I guess she’s pretty big.)  We heard that President Obama had come out earlier to say hello, but we’d arrived too late for that.  It was still fabulous, though, tromping all over the beautiful grounds and seeing the Big Fat White House up close (so clean and sparkly!) 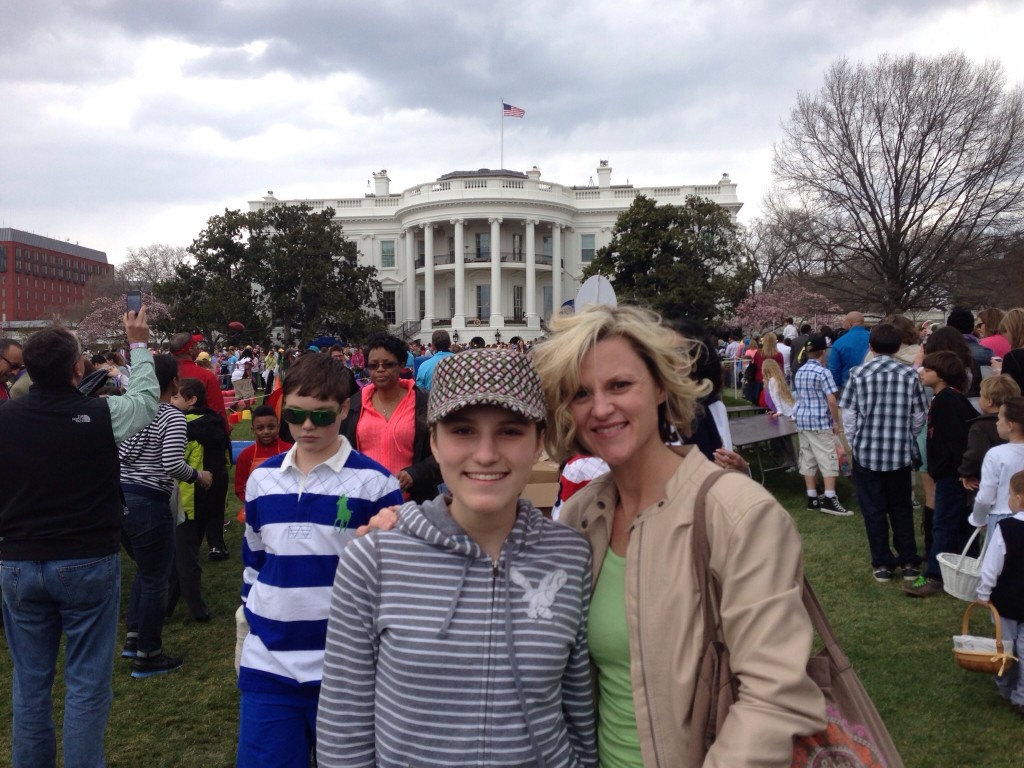 The only damper on the festive scene was the oppressive evidence of Mrs. Obama’s Let’s Move! campaign everywhere we turned.  Instead of handing out chocolate eggs, costumed rabbits held up food pyramid charts telling us how long we had to run to sweat off a large order of fries (ninety minutes, faithfuls, ninety minutes!)  Long tables were laden with “healthy” snacks, like organic juices and natural crackers–Capri Suns and Cheez-its disguised in expensive, earth-toned packaging–and brightly colored yoga mats dotted the pristine spring grass, welcoming participation by all.  (I wanted to stop and show Al Roker my Downward Dog, but Rachael said it was embarrassing.)  I have no beef against the First Lady, but I cannot help but roll my eyes at the gloriously goofy Let’s Move! campaign.  I’m sure she means well, but I just don’t believe that dancing with Beyonce on national television and making more rules about school lunches will do a single, solitary thing to fight childhood obesity in America.  But we still had fun.  And we didn’t eat the bagged carrots.

So, though the line was too long and the food too healthy, we had a fantabulous time during our afternoon at 1600 Pennsylvania Avenue.  It was a fun and frolicky way to kick off our week of sightseeing, and the week only got better from there.  And lest you think me an iconoclast, let me clarify:  If the First Lady ever launches a federally funded campaign against middle-aged-mothers’ obesity, I’ll be her staunchest (in the strictest sense of the word) supporter.  There’s a cause I can believe in.  Really, Michelle, it’s not personal.  (And I did love your 2008 Inauguration Gown on display in the Smithsonian.  But that’s a whole ‘nother post.)