In other words, it was today.

Let me explain how it happened.  We got home from a long and lovely weekend in Seattle late Monday night, and Tuesday morning hit us all hard.  We were tired and grumpy and not ready to face Life yet, but face it we did.  And for me, that meant sifting through a huge stack of mail, school papers, churchstuff, and trying to morph nineteen separate pieces of scribbled-on paper and post-its into one Master To-Do List.  (At least then I’d have only one list to ignore.)

The prior week had been hectic so my inbox was already suffering before skipping town for four days.  So Tuesday morning, after shooing the chicks out of the nest, I stared down my mountain of papers, mountain of dishes, mountain of laundry, and did the only thing I could do:  locked the door behind me and went shopping.

Oh, stop judging me—in forty-eight hours, I was going to Bella Voce to meet Geraldine Brooks!  What, you think I’m gonna show up in my twenty-dollar Forever 21 dress?  (Wait.  That’s the cutest thing I own.  Crap.)  I needed something subtle, sophisticated and, above all, something that made me look smart.  (Once you hit forty, the heavy-rimmed fashionista glasses don’t work anymore; everyone knows you actually need them to see.)  So I scrambled through every women’s clothing shop in the greater Kennewick area–all three of them–and after searching and sorting and trying and tussling, came back with exactly two pairs of jeans.  (Hey, I needed them for spring.) 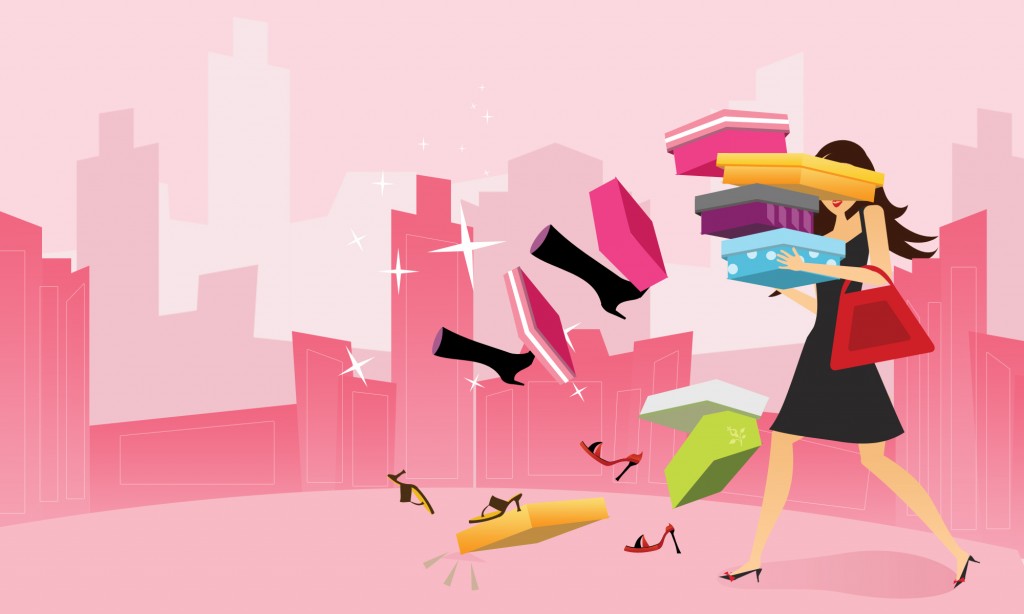 Fast forward eight hours.  I woke up late, got the kids up late, shuffled everyone to school kinda-on-time-ish.  I came home, still in my pajamas (sweatsuit that doubles as pjs, I swear nobody can tell) and sat down to tackle The Pile, figuring I would shower and shine a little later on.  Under The Pile lay my big family calendar which, though heavily lettered, did not have anything on it for this particular Wednesday morning.  Which was good, because I really needed this particular Wednesday morning to go through The Pile and get myself organized.  Shuffling through the papers and pulling out the calendar, I sighed and thought, good thing this morning was clear.  Crystal clear.  But…wait.  What was that I was seeing scrawled across  Wednesday, February 18?

Yes, Wednesday morning was clear–except for that little cursived note at the top ‘o the day, in my own handwriting, reminding me that I was DUE IN COURT.  At nine 0’clock.

I glanced at my phone.  It was eight fifty-five.

My mind reeled back to three weeks earlier when, while zooming my son from guitar to basketball practice, a rather disagreeable state trooper pulled me over for having a bit too much zoom in my zoom.  (I told him I thought it was 65 mph, not 60, which would have rendered my 71 virtually harmless, but my pleas went unheard.  Men.)  He wrote me the first ticket I’ve had in ten years (men!) and a few days later, I received a notice in the mail stating the time for me to appear in court and also stating–in an unnecessarily frightening tone, I thought–that “failure to appear” would result in the suspension of my license.

In other words, I had five minutes to get from my couch to the car to the courthouse to the judge or I would  not be able, the following day, to drive through the Gorge and meet Geraldine Brooks.  At least not legally.

All I could think was:  thank goodness I’d brushed my teeth.  See?  I wasn’t a loser.

I grabbed my purse, flew out the door and flew down the street, fully aware that I was risking a speeding ticket on the way to pay for a speeding ticket.  I flew into the courthouse parking lot which was, providentially, a mere five minutes away.  (I love you, small town.)  I parked the car, flew out, flew across the lot, flew through the front door, flew through security, and flew down the hall to Courtroom Number Four.  I flew through the double doors, then came to a sudden and complete stop.  The courtroom was silent, with only a single person standing before a scowling judge.   I could see the slumped back of the accused and the dismal face of the accuser.  Mercy. 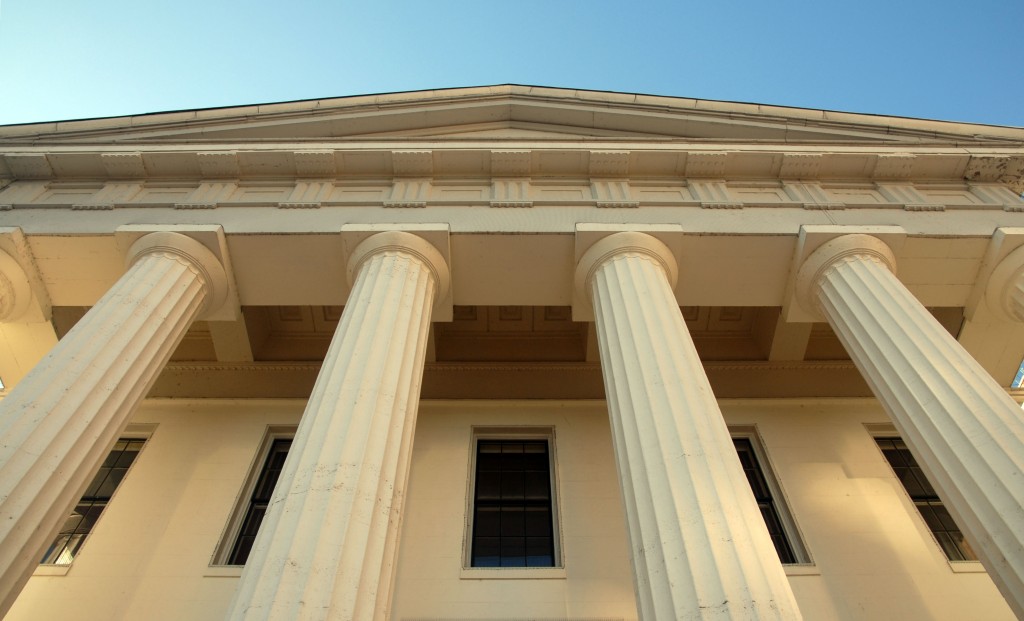 There are two things you should know at this point:

1)  I was fifteen minutes late.

2)  I was, in fact, still wearing my pajamas (“sweats”), thick fuzzy pink socks with brown leather mules (so the heels of the socks showed and no I’m not kidding), no makeup and, tragically, no bra.  (Going bra-less in a baggy sweatshirt isn’t usually an issue for me.  But it did seem rather poor form in court.)  My hair hung in a flat, greasy sheaf against my ruddy and large-pored cheeks, and I’d thrown the heavy brown coat that my entire family hates over the whole mess, hoping to strike a sympathetic note somewhere between impoverished and ignorant.  I slowed my pace, bent my head, and stooped to the last bench in the back.  If I couldn’t look pretty, I could at least look penitent.

Sitting small and alone on that pew, swathed in my own morning smell while I waited for the formidable justice to apprehend me, I could think only one thing:  thank goodness I’d brushed my teeth.

The judge dismissed Convict Number One and cast his disapproving eyes on Number Two.  He didn’t ask my name, but rather the one question I dreaded:

“What time is your court appointment for?”

“Well, come up.”  He waved me forward and I sighed with relief.  The judge would see me!  I wouldn’t lose my license after all!  I would meet Geraldine Brooks–legally!  I almost burst out this last one, so happy did it make me, but then met the judge’s eye and thought better of it.  He looked mad.  Or maybe just old and unattractive like the rest of us.  He frowned down at me.

“Do you have anything you want to say for yourself?”

“If you were going 65, he wouldn’t have pulled you over.”

“Yes, yes, I know.  I shouldn’t have been going that fast.  See, I was rushing to get my son from guitar to basketball on time, and…”

“Well, it didn’t work.”  He seemed pleased with this statement.  I half-smiled, hoping he would notice my brushed teeth.

“Um.  Yes.  I know.”  Steady glare.  Was he looking at my pasty hair?  Or did my big brown coat anger in him as it did my family?  For perhaps the first time in  my life, I could not interpret an older man’s stare as an admiration of my beauty.  He finally spoke:

“Sometimes you have to accept that you’re going to be late.”  The irony of his statement was not lost on me as I stood before him in my pajamas and pink socks.  He scribbled something on a piece of paper and handed it to me.  “I can get you down to ninety dollars.  Pay at the cashier.  Good bye.”  And just like that, it was over.  I flew down the hall to the cashier’s window and happily signed off my check for ninety dollars.  What was ninety dollars in the wake of Pulitzer-Prize winning authors?  I was suddenly Jane Eyre roaming the sunny countryside, calling out to my beloved Mr. Rochester.  “I’m coming, Bella Voce…I’m coming!”

Mama always said things would work out.  And the best part was, I didn’t waste good shampoo, body wash, or make up on the whole dastardly affair.  But I couldn’t help wonder:  if I had exercised any amount of personal hygiene this morning, could I have gotten him down to less than ninety bucks?  Hmm.  That is a question I’d rather not ask these days.  I am forty-one; perhaps I should stick with the impoverished and ignorant angle from now on.  At least when I’m staring down the law.