Does anyone remember this touching duo circa 1984? We watched this movie with the kids on tv the other night, and I gotta say…it’s fantastic. No, really. Funny, touching, relevant (well, except for the whole karate theme…) and very family-friendly. The kids enjoyed it about one-tenth as much as Derrick and I did. It’s a valentine to the eighties, and I’m tellin’ ya, those were the days. Derrick still has the hots for Elizabeth Shue, and I tried, unsuccessfully, to convince him that I had her exact hairdo in highschool, except mine was twice as big. (I grew up in a small town, okay? Spiral perms were the rage.)
As so often happens in life, this seemingly unimportant piece of fiction took on a profound meaning in the days to follow. As my three faithful readers know, I’ve spent the last six months training for the St. George Marathon coming up in October. I’ve trained hard, stayed injury free (you may recall my unfortunate foot incident from last year) and have gotten incredibly excited about this fateful day which is now less than three weeks away. We’ve booked plane tickets and hotel rooms and I’ve had my jitters and the whole nine yards. So, the other night I’m out running, feeling great, and out of nowhere–whoosh!–a sharp, searing pain shoots up my left knee. I try to run on it–nope. I stop and walk for a while then try again. Nope. I walk the rest of the way home, ice it for awhile, it feels better, and I go to bed, not daring to think I may be truly injured.
Woke up the next day–sore. Ouch. Didn’t run, iced it, ibuprofined-up. Have stayed off it for two days. Am not even considering the possibility that it won’t heal immediately. But what I am wondering lately is this: Where is my Mr. Miyagi? If you want to know how I feel, what I need, just take a look at this: 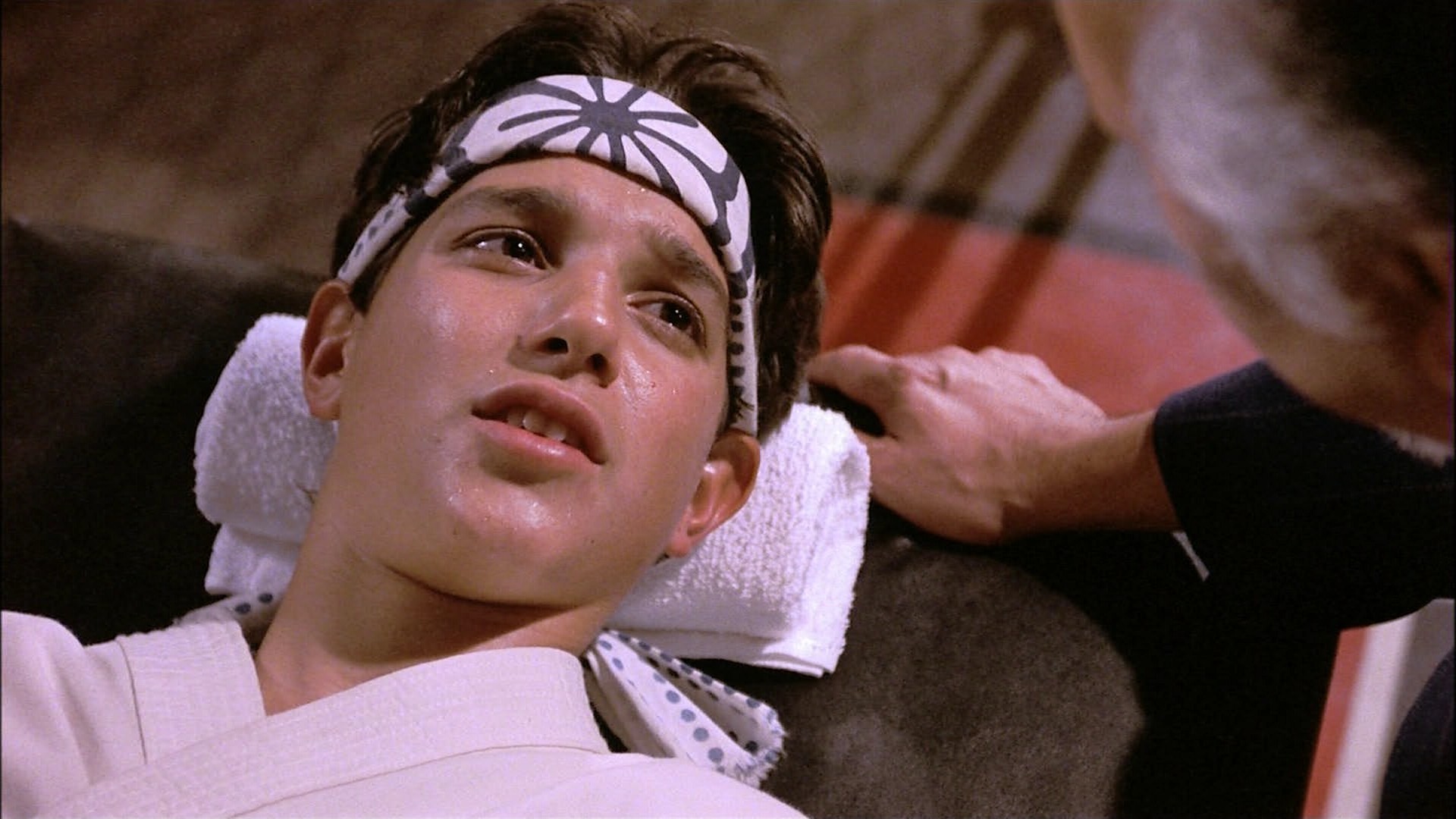 Daniel-san’s pleading to be healed, and oh, how he’s healed. Mr. Miyagi simply claps his hands together high in the air, rubs them for awhile (remember the cymbals?) and magically heals Daniel-san’s poor, victimized knee. Daniel-san then stands up and strides out to become the champion of the All-Valley Karate tournament, besting his enemies, winning his true love, and proving himself to the world.

I don’t ask much. And I’ve quite a bit in common with Daniel-san: I dress five years behind, am kinda broke, and rely way too much on my mother. So, again, I’m asking the reader and the fates alike: Where is my Mr. Miyagi? What gives? I need his warm guidance, quiet strength, and pearls of wisdom. But mostly, I need that cymbal-crashing, hand-rubbing, far-eastern magic to fix me up real nice for this marathon. I need it bad.

In the unlikely event that Pat Morita* does not read this and show up on my doorstep, does anyone have any other ideas? I’m a hurtin’.

*and I just read that Pat Morita has died. which kinda ruins the story. sorry. to Pat’s family. and about the story.

13 thoughts on “Where have all the cowboys gone?”