So we all know I’m a Jordan Peterson geek.  Actually, disciple is probably a better word.  I’ve read 12 Rules for Life twice and just started it again on audio because cleaning out my bathroom cabinets was too grim a task to face alone.

If you’re not familiar with Peterson’s work, he writes at length about the existential meaning found between the boundaries of Order (the known) and Chaos (the unknown.)  Order represents rules, structure, and reason; order is what makes sense and makes us feel safe.  It is generally associated with the Masculine. (Think a well-run army or efficient factory line.)

Chaos, on the other hand, is everything we don’t understand.  It is darkness and mystery and the richness of possibility. It is the tangled jungle from which Order is drawn; it is where the Idea For Everything gestates before birth. Chaos is what doesn’t make sense and makes us uneasy.  But it is also what makes us curious and excited and creative. It is generally associated with the Feminine. (“Mother Nature” is Chaos itself; unexplored, powerfully creative, untamed by order.) 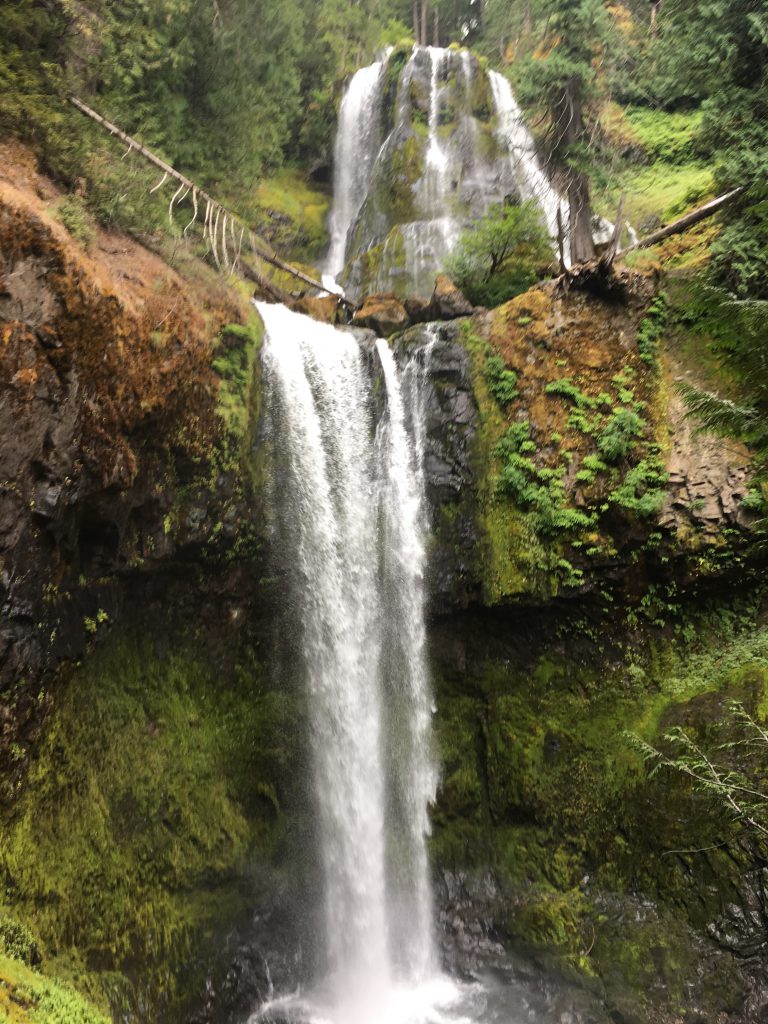 In the yin yang symbol of the Tao, Order is the white yang and Chaos is the black yin, opposite serpents that forever wind their way back to each other.  One can’t live without the other; one is not superior to the other—though at first glance you might assume Order to be the boss. Not so. Without Chaos, Order would have nothing to organize; it could not create.  The army wouldn’t have anything to fight for; the factory line, nothing to produce. And so the Taoists had it right a millennia ago: we can find meaning in our lives only when we walk the line between the two serpents, when we balance Order and Chaos.  And we must have Meaning—capital M—to make life worth living.

Look around and you’ll start seeing Order and Chaos coupled in everything that’s purposeful and lasting:  good music (think harmonic discord), a solid marriage (guess who’s Order and who’s Chaos in mine), even our system of government:  e pluribus unum—out of many (chaos), one (order.)  Democracy doesn’t just make order out of chaos, its order is dependent on chaos, because rules are drawn from the mess of different ideas.  That’s what keeps it from Tyranny (too much yang) or Anarchy (too much yin.)

And so what about religion?  Does it fall under the same mandate?  This morning, while getting ready for church, I wondered.  I started thinking about how Order and Chaos might apply to religion—my own in particular and all religion in general.  I mention going to church because I realized as I was blow drying my hair (which is when I do my best thinking), that in most established religions, Church is the Order.  Church is structure and boundaries and ritual; Church is tradition and authority and assurance. But Church alone doesn’t give religion enough meaning to last, at least not beyond childhood.

And so I thought, if Church—tangible, patriarchal, known—is religion’s Order, what is the Chaos—intangible, matriarchal, unknown—it complements and contends with?  After much wondering and much blow drying, I came to the conclusion that it must be faith.

Faith:  that elusive, almost indefensible quality we stake so much on yet can barely define.  Faith is influence instead of authority, a mist instead of a mallett.  It unnerves us while it comforts us. It’s the heady, hidden backdrop behind every pattern and every prayer; the reason behind the ritual, the yin to the yang.  It’s Chaos. And it is necessary—it is crucial—to a lasting conversion.  Because without it, the Order of Church is found meaningless.

Lately, people are dropping like flies from any and all religion and we can list a million reasons why.  But two big ones stand out to me: they’re either appalled by religion’s Order or terrified of its Chaos.  We hear the claim from both sides:

“Church is too oppressive, too traditional, too patriarchal…”

“Faith is too irrational, too naive, too illiterate…”

It seems we either can’t abide by the rules or can’t buy into the belief.  Church restricts the rebel; faith condescends the intellectual. And if you fall somewhere in between, just pick your poison and it will show you out religion’s door.

But think of someone you know who has, to the best of their ability, lived their religion—with all of its rules and responsibilities.  I bet their life isn’t all Order; I bet they have a lot of Chaos in it. Meaning, I bet they’ve attended Church while attending to their faith.  They’ve learned to walk that line between the beauty of Ideal and the blight of Reality, between seeing blessings and seeing obstacles.  They’ve balanced Chaos and Order and found Meaning within. They might not have found ease or even happiness, but they’ve found Meaning—which sticks around a lot longer than happiness.

I’ve long thought faith was given to us as a kind of personal improvement exercise, to test our devotion and keep us humble until we are given All The Answers To Everything In The End.  But now I wonder: is it possible that, in the end, we really won’t get all the answers, because unlocking her mysteries would make faith cease to be Faith?  She’d no longer exist and we’d be left with nothing but Church. We’d have Order without Chaos, yin without yang, religion without meaning.  If Faith ceased to exist, wouldn’t Church have to follow?  On the other hand, for Church to stand forever—which we’re assured it will—wouldn’t Faith have to stand forever too?  And for Faith to stay faith, wouldn’t she always—eternally—have to retain an element of the unknown?  Might it be that somethings are never to be understood, even in the hereafter?  It’s an unsettling thought, but kind of a cool one.

Maybe our exercise in faith is really a devotion to Faith, and all that she requires of us—alongside her partner, Church, and all that he requires of us.   For just as Church without Faith won’t keep us committed, neither will Faith without Church. That results in a generation which defines itself as “spiritual but not religious,” whatever that means.  (We get to choose whatever that means, depending on the day. I think that’s the unfortunate point.)

Humility is a word heard often among the devoted, but I think it’s a largely misunderstood one.  Sure, it means being meek, but it also means being comfortable with the fact that we don’t know everything there is to know.  Shoot, we hardly know anything.  That’s why humility’s so hard; that’s why we need it so much.

So if you are struggling with your faith, if you are losing interest in your church, if you are disappointed with religion—and every single one of us is, at one time or another—let’s take that humility out for a spin.  Let’s get comfortable with the fact that we don’t know everything there is to know.  Let’s leave the crowd behind and take a walk down that road between Chaos and Order.  It will mean shaking hands with Known and Unknown, Reason and Mystery, Certainty and Possibility.  It will also mean finding Rules along with Freedom, Commandments along with Love, Expectations along with Acceptance.

It’s a tough route; it’s not in our nature to take it.  But people can. We can.  And when we do, we get to see and hear everything:  the safety of Church and the exhilaration of Faith, the patriarchy of structure and the matriarchy of creation, the Known and the Unknown, the Chaos and the Order, the stunning harmonic discord of it all.  We get to experience a life of Meaning. It’s heavy and it’s hard, but it’s full and it’s fascinating. It’s grounded in reality and rich with possibility. It’s the good life, the only life. It’s the life for us.