Derrick has shared a special bond with his Grandpa Arnie since he was a child.  Some say it’s because they have similar personalities and interests, but I think it’s because Derrick was born with the mindset of a fifty-year old, so they’ve basically been the same age their entire lives.  (The running joke is that Derrick was mentally forty when I married him, so he’s finally starting to act his age now that he is, in actuality, forty.  When he was twenty, he was a massive geezer compared to the carefree boys he roomed with in college.  He had a job at an architectural firm by the time he was a sophomore; like, a for real one that he had to get up early for every day.  Who does that?)  At any rate.  Derrick loves his Grandpa Arnie, and had the rare chance to spend three days with him down in St. George, Utah last weekend.  They had a grand time together, compadres that they are.  Here are a few things that Derrick and Arnie have in common:

This car is Grandpa’s pride and joy, and it shows.  It’s immaculate–pristine, in fact–and yet he’s generous with it.  He belongs to the local Motor Club and is often called on to drive young brides and grooms through town on their wedding day—a common occurrence in the LDS community of St. George.  Last year he was asked to drive in the local Days of ’47 parade, which celebrates the arrival of the Mormon pioneers into the Salt Lake Valley.  Grandpa Arnie (who is not a Mormon himself) was asked to drive a man dressed in a nineteenth century suit and long beard at the head of the parade.  They were met with loud cheers and roaring applause through the town, so Arnie naturally thought, “Wow–they really like my car!”  He was driving pretty proud until a little later when he realized the sobering truth:  the crowd was actually cheering for his passenger, one well-costumed Brigham Young.  Arnie thought that was pretty funny.

Check out this bad boy.  The car’s nice, too. 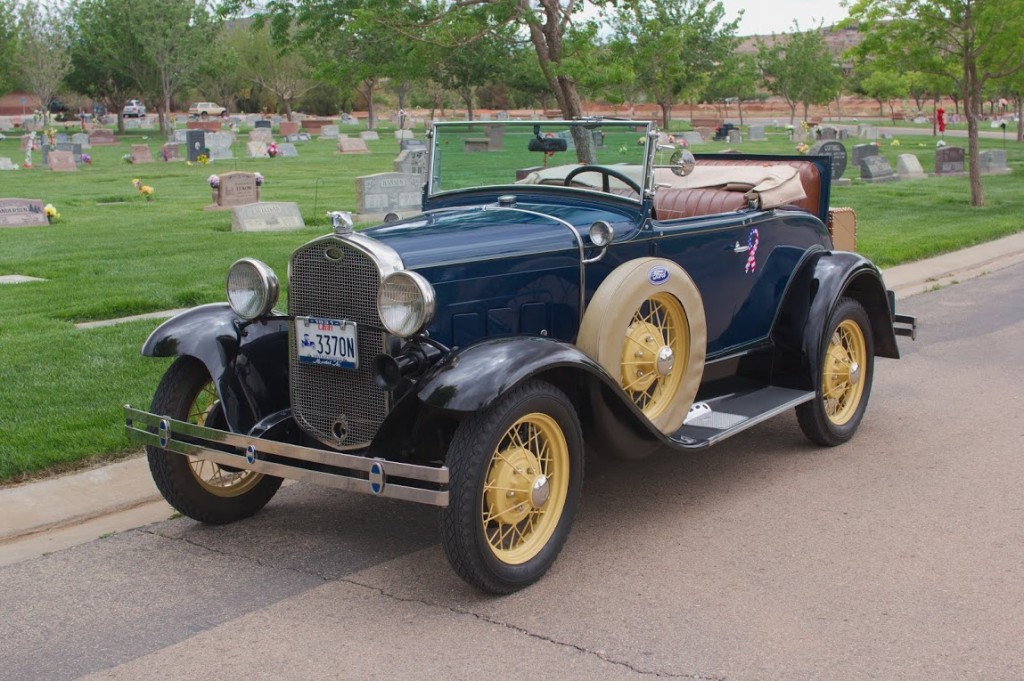 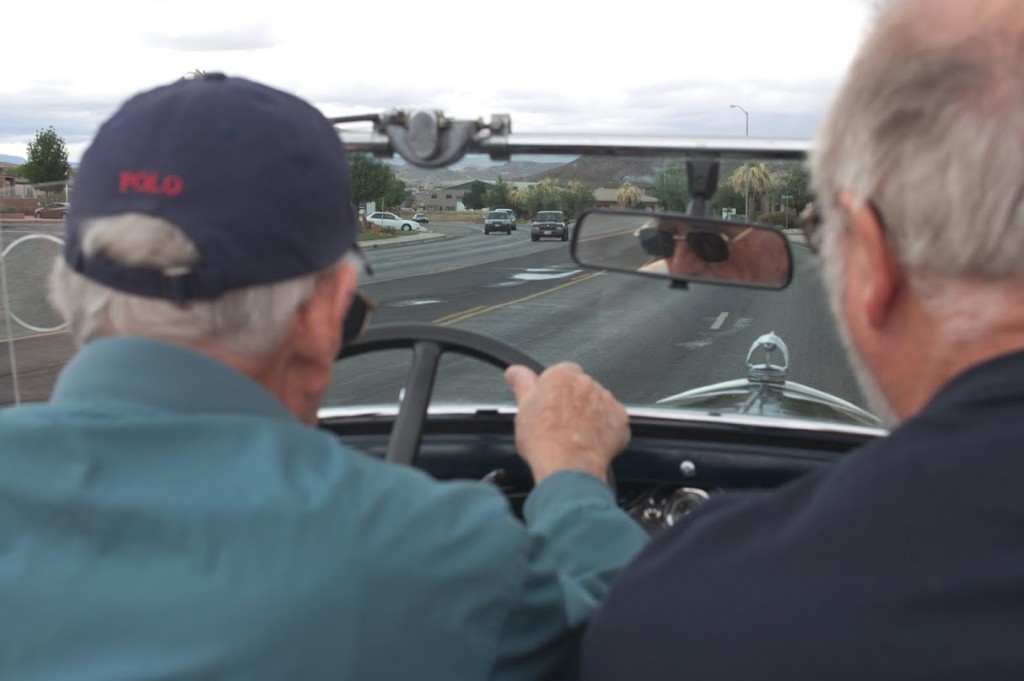 How many 87-year olds cruise around town in their souped up convertible and Ralph Lauren cap?  And just look at that silver swath of hair sticking out the bottom, refusing to be contained.  I have that to look forward to in my own husband (especially if the last few years are any indicator) and I can’t wait.  That’s a classy man’s crop of hair.

And Grandpa Arnie is a classy guy.  He is bright and energetic and warm and fun.  Being around him is a shot of pure joy, and I wish we got to do it more often.  Derrick was in heaven, spending three whole days with his childhood hero.  He may have gotten a bit carried away, however, when he sent me a text with the above photos, asking me if he could buy the car:

I want to buy Grandpa’s car.  I’m not kidding.

I can’t tell if ur really serious.  Seriously, r u kidding?

U seriously want to buy his car?

How much is it?

How much is it?

The text thread ended there, but I suspect this conversation has not.  So if you see a silver fox in a windbreaker and sneakers cruising around Kennewick in a fully restored 1931 Ford Roadster, don’t be mistaken–it’s not Grandpa Arnie.  Just his protege of a grandson who, evidently, finally wore his wife down.

Do you have a cool grandpa?