So last weekend I finally watched Baz Luhrmann’s The Great Gatsby, which I’d been meaning to all summer, despite its mixed reviews.  Some critics called it “a disaster,” while others gave it the lukewarm stamp of “sincere.”  I am not a movie buff and was not a Film major (I heard the pay was bad so I chose English instead), but I have my opinions and share them I must.  I loved this movie.  I inhaled it, devoured it, swooned over it; it’s the kind of movie that demands swooning.  Was it the dazzling cinematography, heartbreaking story line, or luscious musical soundtrack that invoked said swooning?  Maybe.  But truthfully, I’m quite certain that other forces were at play in my fondness for this film, and I’m quite certain their names are Leonardo and DiCaprio. 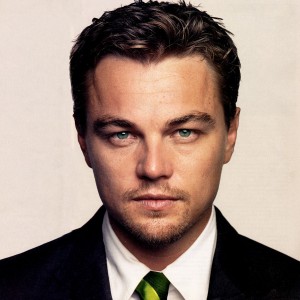 2.  Catch Me If You Can.  Go back and watch it again.  You’ll be surprised by how good it is, and how good he is in it.  Still one of my all time faves.

3.  He was man enough to play Leading Man to a Leading Lady who outweighed him by at least fifty pounds in Titanic.

[tcsublocker id=”d2c954d3189d3711f” fields=”” title=”Enjoying my posts? Enter your email to get more now!” message=”It just takes a moment. Simply enter your email address to unlock this content. My subscribers receive posts in their Inbox and occasional correspondence from me.”]

4.  He was man enough to play Leading Man in Titanic, whose script was obviously not equal to his talent.  But he pulled it off with style, and we were given the final scene of his standing atop the staircase, glorious tuxedoed, waiting on the other side of heaven for his long-lost love.  Sold.

4.  His face is a getting just slightly round and squishy, which only makes him look more like a real person, and thus somehow increases the likelihood of his asking me out someday.  (Don’t worry, Derrick, I’d say no–but it would be nice to finally be asked.)

5.  He is an aloof, slightly unlikeable celebrity in real life.  For some reason I always like those guys; you know, the moody Russell Crowe types that womanize, bar fight, and basically thumb their nose at the media.  One of my friends told me I was “twisted” in my taste for Bad Boy Actors.  I told her it was a side effect of having married an engineer.  A girl’s gotta have an outlet.

7.  He does dark, tortured, emotional stuff.  (Remember The Aviator?)

He plays a man who knows how to love a woman.

9.  He does the beautiful-yet-vulnerable thing.  With those baby blues.  Oh, my.

10.  I once saw a picture of him somewhere, shirtless on the beach.  He had a little extra squidge around the middle, in a very un-Hollywood like way.  My view is that anyone, famous or not, with a little extra squidge around the middle is a friend of mine forever.  Not to mention that said squidge makes him look more like a real person, which somehow increases the likelihood of his asking me out someday.

Bonus point:  At age ten, his agent suggested he change his name to the more American-friendly Lenny Williams.  Even as a child, Leo was too savvy to take this advice, and I’m so glad he didn’t.  I couldn’t post a passionately breathless blog today about my devotion to one Lenny Williams.

So the question is:  are you a Leonardo DiCaprio fan?  Or do your preferences sway more to the likes of Matt Damon?  (Who I also love ardently, but in a different way and for different reasons.) Of course, if you’re getting into action heroes, there’s always Hugh Jackman, Mark Wahlberg, Henry Cavill…oh, it’s so hard to choose.  Who’s your guy? And how have we not talked about this?