No joke.  It cost $14.95.  We never, and I mean never, buy popcorn at the theater.  But tonight–call it carpe diem or plain ‘ole holiday gluttony–the Hub showed up at the seat I was saving him with a big fat bag of the salty stuff.  I was surprised and pleased to see my beloved embracing life in this manner.

“Ooh, popcorn!  To what do I owe?” I raised my eyebrows, smiling as I shoved a greedy fist into the kernels.

“Awesome!  Fun!”  I’m big on awesomeness and fun-ness, no matter how lame a form they take.

“Yeah..it was kind of expensive…” 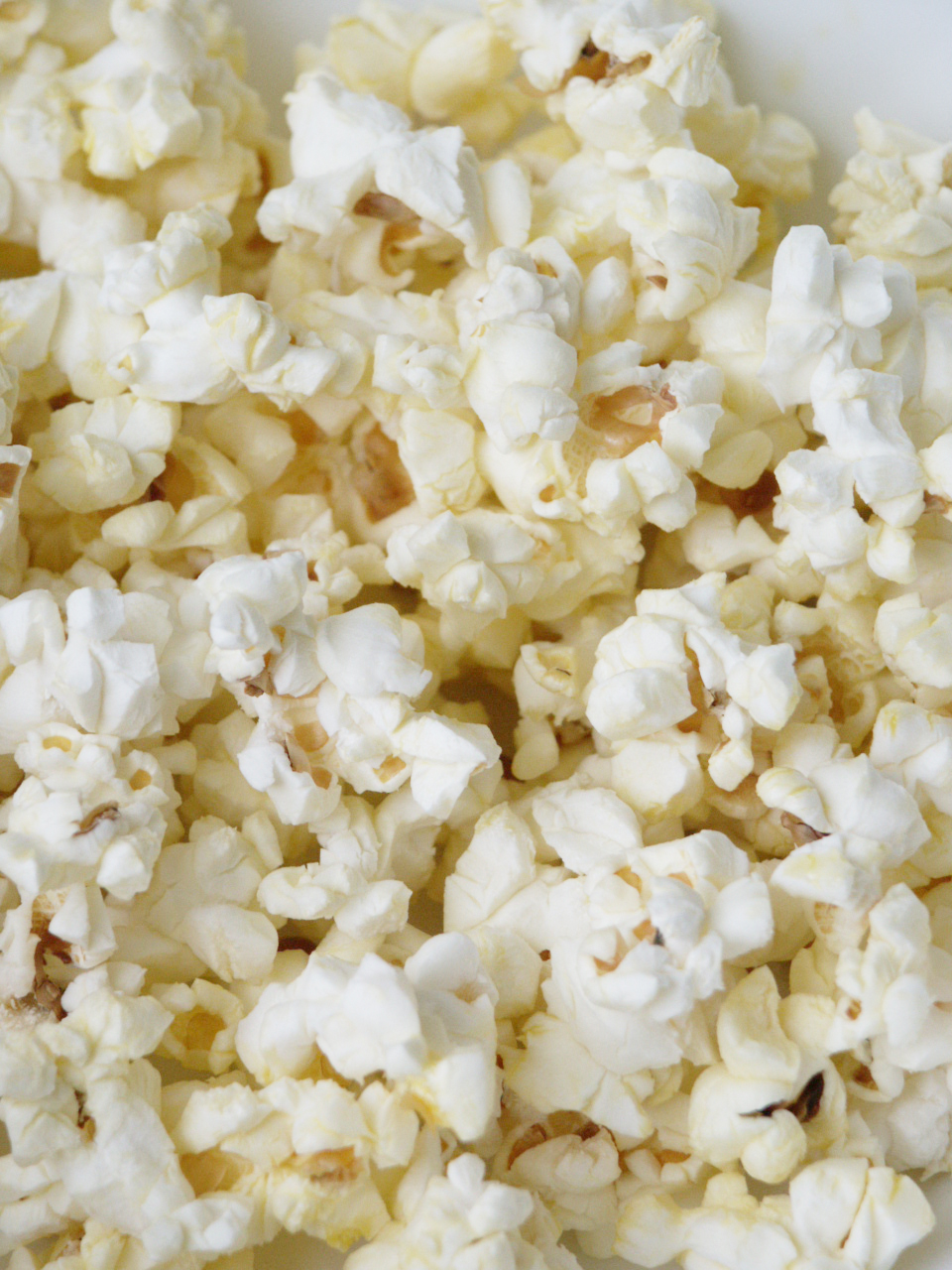 “I know, it’s always a ripoff.  How much was it, exact–”  Just then the lights dimmed and a loud preview jumped from the screen, silencing my interrogation.  No matter; I decided to forgive his extravagance and enjoy this rare glimpse of Vacation Derrick on the mainland for a couple of hours.  The movie was good and by the time the credits rolled,

all concerns over popcorn costs were forgotten–until we walked past the snack counter on our way out of the theater.  The glare of the neon menu items caught my eye and I read over them, starting with the smallest “combo,” which advertised a large popcorn and one (one) large soda for $14.95.  This was the exact offering that Derrick had given me in the theater, but I knew that, surely, this sign could not be displaying the correct price for it.  Surely, for $14.95, you could buy one large popcorn and one large soda for six, or eight, or twelve or fourteen different people.  Surely, this price was some kind of discounted rate for buying popcorn and soda in bulk–like maybe you were getting thirty dollars worth of popcorn for only fifteen.  I assumed all this because, surely, there was no way, no-how that my left-brained, Type A, enginerding husband had just paid fifteen bucks for a lunch sack of pig feed.

Surely, there was no way my husband had just paid fifteen bucks for a lunch sack of pig feed.

I continued my rapid scan down the symmetrical line of lit-up signs only to discover that the $14.95 combo was, in fact, the cheapest deal on the menu.  It only went up from there:  $16.95 for one large popcorn and two large sodas; $18.95 for two medium popcorns and two large sodas and, get this:  $20.95 for nachos, a candy, and two large sodas.  Twenty-one dollars for a handful of corn chips, a squirt of something-other-than-real-cheese, and a half-empty box of candy.  (I swear they put a regular-sized amount in a king-sized box.  Have you noticed?)   Twenty-one dollars for a snack at the movies; that’s more than the cost of two tickets.  Or, to put it even more disturbingly:  it would buy over two-thirds a bottle of Pearatin.  With that realization, I whipped my (gorgeously Pearatined) head around to the Hub in alarm.

“Fourteen ninety-five?  For a bag of popcorn?  Are you kidding me?”

“Yeah, well…I didn’t really notice the sign …you know..before I ordered…”  His voice trailed off to an incomprehensible garble, which is every husband’s sweet spot when trying to avoid conflict.  I’ve long suspected that ellipsis were originally invented by Adam for the sole purpose of dodging just such questions from Eve.

Looking down at the bag of popcorn cradled in my arm, I noted with disgust that it was still eighty-percent full.  We had only eaten two inches down from the top.  Which meant, in sum, that we’d paid fifteen dollars to eat about three dollars worth of popcorn.  And by “three dollars worth,” I of course mean three cents’ worth.  If that.

The obvious solution?  We took the bag of now cold, coconut-oil-coagulated corn home with us, convinced that if we fed it to our kids, the purchase would somehow be justified.  I thought searchingly of the Depression, World War II, and the shameful era of Japanese internment camps, when a mother would dig up rotten potatoes in the snow with her gloveless, freezing fingers in order to feed her young.  (Actually, I’m pretty sure they had food in the Japanese internment camps, but listing it with the other two struck just the melancholy quasi-historic note I was going for.)  The point I’m making is this:  if my great-grandmother could dig up potatoes for her kids, I could certainly spend too much on popcorn for mine.  Maybe the analogy isn’t airtight, but I figured as long as I could shove some of that popcorn down their throats, the fifteen dollars it cost could be deducted from  the grocery column of our monthly budget.  I mean, if we had a monthly budget.

It has now been eighteen hours since we came home with the popcorn and so far, the million-dollar baby is still sitting, untouched and alone, atop our kitchen counter.  But like all Mothers Who Sacrifice, I am determined that the popcorn will remain standing until eaten by my grateful children.  (“Think of all the children in the world without fifteen dollar popcorn, you ingrates!”)  And if for any reason my kids snub it (they’d better not!), feeding it to the dog is a good Plan B.  She’s not too picky about food gone cold, and the overpriced nature of the fare will suit her–have you seen what dog food’s going for these days?  Either way, I’ve concluded that my husband’s reckless spending has now afforded me a fifteen-dollar spree of my own, and you can bet it won’t be on popcorn.  Do you know how many e.l.f. Lip Plumpers fifteen bucks will get me?  Look out Target.  Baby’s comin’ back.