It was a typical Sunday morning, until I woke up.  At seven a.m., the Hub came in and announced that the Dog had somehow gotten out of our room last night and:

1) urinated generously on our family room carpet, and

And because said Hub was running out the door, the treat of the cleanup was all mine.  This was not how I’d planned to begin my Sabbath Day.

I had planned to rise early that morning anyway–to clean up the house and get dinner in the crock-pot before church–but it was not to be.  Instead, I spent the next seventy minutes (for real) working over both carpets with the industrial-strength carpet cleaning machine that we’d purchased when we got Maude.  (Not that this dog has cost us any money.)   I finished just in time to be late for church.

Okay, I thought, we’ll arrive a few minutes after they start and sneak in the back.  I showered and dressed, got my eight-year old boy up and into the shower, then went to his room to lay out his church clothes, like I do every Sunday.  (This is necessary, because if his church clothes aren’t explicitly laid out, he will try to sneak out the door in basketball shorts and his Despicable Me shirt, which is neon yellow and covered with an enormous iron-on bearing a single eye behind a goggle.  Curse you, Walt Disney.)   I reached in the closet for one of his white dress shirts and, to my surprise, found none there.  I was confused.  Since he was a toddler, Ethan’s church clothes have hung neatly alone in his closet.  All other clothes are folded in his dresser, leaving the entire closet free for his two white shirts, his only pair of dress pants, and several ties–all of which represent, to Ethan, His Weekly Day of Repression and Misery. 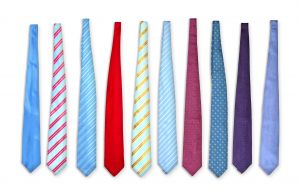 I had just washed, folded and ironed every piece of laundry in the house (bam!) and I hadn’t seen either of the shirts or the pair of pants, which told me they must, as usual, be hanging in his closet.  Even if one of the shirts was dirty, the other should have been available, along with the pants and tie.  But on this morning–this dog defecating, already late-for-church, grossly-bad-mood morning–the closet was empty.

I opened the  door wider and looked to the left and to the right.  A missing shirt was one thing, but two?  Where could they both have gone?  And the pants?  The ties still hung in their cluster, but his newest one–the one he’d worn last week–was gone, too.    All the laundry baskets were empty, thanks to my efforts the day before, so no dice there.  I checked my closet, Derrick’s closet, the girls’ closet, the hall closet, under the beds, under his mattress, his toys, under the stairs, the kitchen cupboards, the dishwasher.  I checked the van.  I checked the yard.  No white dress shirts.  No dress pants.  No new tie.

Upon aggressive interrogation, Ethan insisted he had no clue to the Church Clothes’ whereabouts, and maybe he didn’t.  Maybe, in all the innocence of youth, he had accidentally lost the clothes.  But the problem that posed for me was:  where would he have left two white shirts, a pair of pants, and a tie?

His white shirts and ties represented, to Ethan, a Day of Repression and Misery.

Did he accidentally leave them at the the church last Sunday?  (What would he have worn home?  And how would he have both shirts with him?)

Did he accidentally leave them in the car last Sunday?  (Wouldn’t I have noticed he was topless as he pulled the van door closed?)

Did he accidentally leave them in the dumpster outside the garage?  (I couldn’t bring myself to dig through it, but this possibility is climbing up my list.)

I don’t know.  And I still don’t know, as the clothing has, as of this post, still not been found.  What I do know is that:

1.  Ethan wore an old blue polo, skinny pants that are too short, and an extremely satisfied grin to church on Sunday, and

2.  Freud says there are no accidents.  He may not have had a dog, but he did have three sons–all of whom, I’m guessing, had their own subconscious repulsions toward dressing up for church.  Sometimes a cigar is just a cigar, but a tie is always a noose and must, therefore, be occasionally escaped by its wearer.  Even–oops–on accident.