I just love a good movie, don’t you?

I am not a film critic or even a movie buff–I miss out on tons of good films and I’m clueless to the hip indie flick scene–but I am a girl from Eastern Washington who likes to be whisked off elsewhere every now and then.  And at no time more than the holiday season, when time and money (or the spending thereof) seem to flow.

Like any narcissistic blogger, I’m going to assume that my opinions here are wanted, or even tolerated.  (Such a cozy bubble we narcissistic bloggers live in.  You should come join me here.)  So, in that vein of self-importance, let me get comfy and offer you the faves and not-so-faves of my 2013 holiday movie spree.  I’ll list them Best to Worst, because that’s easier than alphabetizing them: 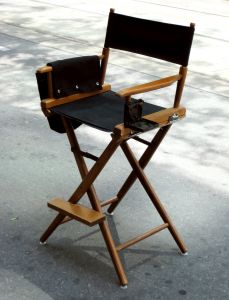 Captain Phillips  See this movie!  See it now!  See it with your hub, because it’s a total Guy Flick, and I promise you will love it too.  Not one frame of this movie is wasted; it’s a tight, fast, smart movie for grownups.  Tom Hanks is phenomenal and that it’s based on a true story just makes it better.  I barely blinked during the whole show; the action is psychological as much as physical.  I give it a king-sized box of Junior Mints!  (With an exclamation point!)

Gravity   See this movie!  See it now!  But on one condition:  you must see it in, and only in, 3-D.  Yes, I know…3-D is cheesy and annoying and championed only by the Disney crowd, but I’m telling you, this movie is beautiful in 3-D.  I am not a fan of space movies or, come to think of it, outer space in general (where does it end?  that seriously freaks me out), but I was enthralled with this film.  Sandra Bullock carries the whole show brilliantly in a tense, woman-against-time pace.  My husband actually liked Gravity better than Captain Phillips, but then again, Gravity had Sandra in a spacesuit, and he is, after all, just a man.  I give it another king-sized box of Junior Mints.  (Exclamation point pending on whether you’re a space geek like the Hub.)

Frozen  You saw it, you loved it, your kids loved it.  The animation was beautiful and the music even more so.  My girls said it was their new favorite Disney movie,  though I still think Tangled edges it out (I’m a sucker for Tangled.  Still makes me laugh.)  I give Frozen a regular-sized box of Junior Mints, only because I’m an adult.  Were I a child, it would get like three king-sized boxes for sure.

Catching Fire  Standard disclaimers about the disturbing violence among children applied, I can now tell you that I thought Catching Fire was fantastic.  I enjoyed it even more than Hunger Games, as it advanced the plot and developed the characters much more than the first film did.  (I’m now actually torn between Gale and Peeta–they’re both so adorably earnest; how do I choose?)  And though I still cringe at the violence (though that obviously hasn’t stopped me from paying money to see it), at least in Catching Fire they’re fighting the arena more than each other, which is a hair less troubling.  I’ve only read part of the book series, but I think the movies are much better, which is rare.  And Jennifer Lawrence?  She deserves all the praise she’s getting.  I give it a regular, albeit fresh and full, box of Junior Mints.

The Secret Life of Walter Mitty.  Ok, this one’s complicated.  First of all, I’m a huge Ben Stiller fan, and I think he gets better with age.  He was engaging and gorgeous (no, really) in this movie.  I loved the plot and setting; a nice but nerdy New York photo tech is looking for the meaning of life and love.  The first half hour is a bit disjointed and awkward, but after that it takes off to a funny, tender, upbeat adventure.  This film is quirky and sweet with a deeply satisfying end. By then, I loved it.  I give it ¾ a box of Junior Mints, only bc I had to eat a few while things got going onscreen.  If I watch it again and love it, I may up the mint factor.  (Depending on your taste in movies, you may like this better than some of the full-boxed movies I’ve listed.  Compared to the blockbusters, it’s apples and oranges.)

The Hobbit 2.  Forgive me everyone, but I just don’t like these movies.  They are long and cumbersome and meandering and every scene in it looks just like the scene before it: brown, brown, brown.  (I know.  I’m deep.)  Two hours and forty minutes of brown, and they still couldn’t kill that freaking dragon?  No thanks.  I actually loved the Lord of the Rings trilogy; so much, in fact, that my sister threatened to buy me a Lord of the Rings t-shirt (a promise she still hasn’t made good on, btw.)  Maybe that’s the problem.  For me, watching The Hobbit feels like watching a less gripping Lord of the Rings all over again.  I’ve already had to witness Viggo Mortensen making out with Liv Tyler; must I also be subjected to Orlando Bloom falling in love with his own elf-babe?  A girl can only take so much. I give it half a box of Junior Mints.

Two hours and forty minutes of brown scenes, and they still couldn’t kill that freaking dragon?

The Book Thief  Did you read the book?  Did you love it?  Then don’t even bother with the movie.  I’m sorry to disillusion those of you who, like me, had great hopes for Geoffrey Rush and Emily Watson to bring this haunting and beautiful book to life.  Alas, nope.  The movie is a vague, Readers Digest version of the book, and the Narrator (Death) sounds like the Grinch Who Stole Christmas; all of his intrigue is gone, as is all of the book’s.  The actors did a fine job and the casting was perfect–I could have slurped Rudy through a straw–but the plot was scattered and hugely incomplete.  As a result, the emotional impact of the book came up limp and watery onscreen.  My friend and I decided that, though the movie was sincere, Hollywood should have just left this book alone.  The Book Thief is a cerebral, artistic book, and those don’t always transfer well to film (unlike The Hunger Games series, which is plot-driven and action packed.  I think they, like John Grisham books, make for good movies.)  My chief concern over this movie is that young adults will see it, lose interest, and never read the book. That would be the real pity.  I give it a few stray Junior Mints, rolling around on the floor of the theater and, possibly, found a few days later, smashed in my purse.  (And I’m sorry, Book Thief:   this review hurts me more than it hurts you.)

There you have it, the launch of my career as the next Gene Siskel.  Now, what movies have you seen lately?  What did you like and not like?  And more importantly:  with what currency do you rate them?  I was going to use Bags of Popcorn, like the other critics do, until I found out they’d cost me $14.95 a pop.  Geez.  I’m a film critic, dahling, not a movie star.