I can no longer taste the salt on my food.

I guess it was inevitable.  Because: Denny’s.

When I was twelve, my parents took us to Disneyland.  We spent a week in California and ate every meal–and I mean every meal–at Denny’s.  Why wouldn’t we? It sat on every corner, served breakfast all day, and had those wicked circular booths that seated all six of us.  Plus, thanks to the twenty-seven page spiral bound menu, everyone could find a full color photo of exactly what they wanted and then order exactly what they wanted because, curiously, everything was about the same price.  (How could an 8-ounce steak cost the same as french toast? I don’t know, but they were both $6.99.)  Ah, Denny’s.  It still looms large in our family lore. 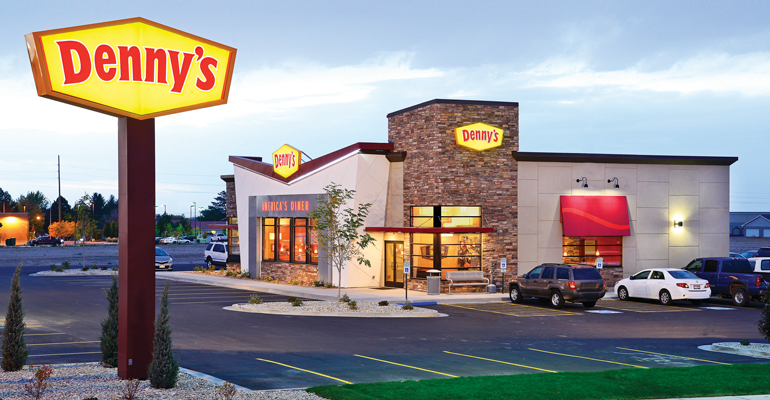 But more than the booths or the breakfasts or the whiff of tobacco drifting over from the Smoking Section, what I remember most about Denny’s is the constant, conspicuous consumption of salt by the elderly.

See, on our Denny’s-masked-as-Disneyland Trip, we always ate dinner at four-thirty or five ‘o clock in the afternoon.  My parents swore this was because “you kids” were hungry by then, but “we kids” knew it was really because of the Early Bird Special.  When you’re paying for four kids to eat three times a day, Buy-One-Get-One-Half-Off warrants moving dinnertime up a few.

And so there we sat on another warm vacay day, sunburned and mopheaded with corduroy shorts pulled over our homesewn swimsuits, flipping through the glossy food catalogue when we heard something amiss.  We looked around for the source of the gentle rat-a-tat; we could hear it only if we stayed silent and strained our ears.  After several moments my sister elbowed me (hard!  geez!) and nodded toward the table beside us.  I subtly (immediately) turned and looked, but all I saw was an elderly man shaking salt on his hash browns.  I raised my eyebrows at her. (What?)  She then nodded toward the table on the other side of us.  I looked at saw an elderly woman shaking salt on her patty melt.  I then looked around at all of tables in the greater Non-Smoking Section and soon realized that behind us, in front of us, to the side of us–the rat-a-tat was no more than The Elderly shaking their salt.

Now I do not mean to disrespect The Elderly.  I love The Elderly. I happen to come from a long line of elderly people, and hats-off to them for sticking around long enough to give me some disarmingly good-looking genetics.  Some of my heroes are elderly–writers, church leaders, the Golden Girls–and they don’t seem so bad either.  My parents now qualify as elderly (although somebody needs to tell my mother this) and, despite my earlier projections, they still seem have occasional thoughts and feelings.  Nobody loves The Elderly like I do. But I cannot ignore their salt intake.

We all know that as we age our tastebuds dull, and the first thing to go is our tongue’s recognition of salt.  This is why the Elderly People at Denny’s were pouring so much salt on their food; they had a hard time tasting it.  I didn’t judge them then and I don’t judge them now; everybody’s salt biz is their own. But what does concern me is that, as of a month ago, I can no longer taste the salt on my food.  Like, for real.

I can no longer taste the salt on my food. 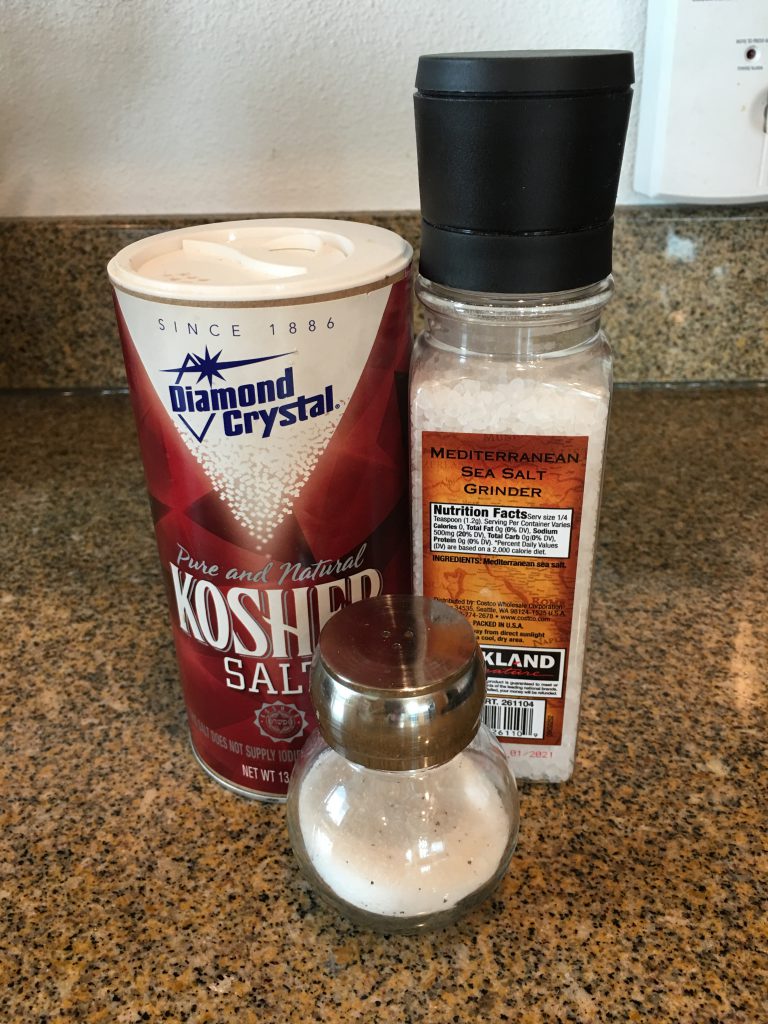 Tried ’em all.  Can’t taste any of ’em.  And do you see the flecks of pepper in the salt shaker?  Somebody filled the salt shaker with pepper, so I had to empty it and refill it with salt because I obvs needed the lid with more holes on the salt.  (I guess I could have just switched the lids.  But that’s beside the point.)

I knew my salt resistance would come, I just didn’t think it would come this soon.  By this age I expected my metabolism to slow down, my roots to turn gray, and the crow’s feet to pitter-patter ruthlessly across my Delicate Eye Area.  But I thought I had a few more years to enjoy the flavors of my food. Instead, it’s like Trump built a wall between Me and Salt and is making my Mexican food pay for it.  (“More pepper on your lard and beans?” No gracias.)

But here’s the thing:  if we’ve invented Botox to replace Time, then surely we can come up with something to replace salt.  Mrs. Dash? Ranch packets? Soy sauce?  Wait, that’s just liquid salt. Can I still taste liquid salt?  Because If so, there’s nothing keeping me from trekking on down to the Dead Sea. I’ve heard there’s a pocket of it called Don Juan’s Pond that is 44% saline and the “saltiest place on earth.”  I may just swing by with a pot and some pasta and boil up something my bland little tongue can finally savor.  If it zings to satisfaction–if I can, at long last, gratefully taste that salt–I’ll pour it by the poundfuls into sodium-tight barrels and bring it back to the states, throw in a few dehydrated peas and carrots, and market it as Cup ‘O Noodles for The Elderly.